The new Habanos S.A. box factory is a state-of-the-art facility that creates the protective and eye-pleasing packaging for Cuba’s prized cigars.

A box display on the entry wall of Cuba’s new factory celebrates the innovative manufacturing facility.

The buzz of computerized rotary saws, the hum of a building-wide exhaust system sucking sawdust out of the air and the occasional hammer tapping on the edge of a plywood frame fill the Empresa de Envases para el Tabaco ARCA, Cuba’s new box-making facility on the outskirts of Havana.

At various work stations around the 90,000-square-foot building, which once was a tobacco warehouse, 250 workers are dressed casually in jeans and shorts. The men are wearing sleeveless t-shirts and tank tops, and the women sport a range of rainbow-colored tops and long-sleeved shirts.

They barely pause in their work as visitors walk by to inspect each step in the process of turning plywood into raw, rectangular wooden boxes that will leave the factory ready to be affixed with the printed lithographs of the particular brand they are destined to hold. The labels will then be glued in place at the various cigar factories scattered around Havana and its surrounding countryside.

At one of the early stages of the box-making process, a worker uses an old-school printing press to stamp a box.

The facility officially opened on December 31, 2017. “We still have to get better, and we are working toward that goal every day. There is still a lot to do,” says Juan Carlos Landa Gonzalez, the general director of the factory. He says the factory is currently producing about 10,000 boxes a day (for both premium export brands as well as brands sold locally in Cuba) and the next goal is to increase that production to 12,000 boxes daily.

A tour—supposedly the first for foreign journalists—begins in a two-story reception area with wooden boxes stacked on display. Two special platforms will hold new boxes, including a green, rectangular-shaped box for a special edition of Quai d’Orsay, a brand recently elevated for sale in all global markets. The director of design, Yulianela Bernal Fuentes, who has been part of the development project for nearly 10 years, leads us across the floor toward the receiving area, where huge stacks of plywood are lined up.

The plywood is cut into strips on large, automated machines, overseen by a single operator, then cut into square or rectangular pieces. Another machine then punches slots, or dovetail joints, into the piece. The stacks of box sides are then passed over to another machine that joins them together before they are passed to a manual sander, where the operator smooths any rough edges left on the sides of the box.

One would imagine this would make for a dusty workspace, but at each machine a huge vacuum sucks up the sawdust and sends it to a central tower where it is processed. The extraction process is so efficient that there is barely an odor of sawdust in the entire factory. The cylindrical, steel tower is huge, and attached to the side of the building by a round, steel duct. Here, the sawdust gets compressed into round bricks that are used for heating tobacco curing barns. The compressed sawdust comes out nearly as hard as rock, chopped into foot-long pieces and then bagged for shipment to the curing barns.

A woodworker meticulously sands the inside of a box meant for panetelas in order to ensure it has safe and smooth surfaces for its precious cargo.

Along each wall of this box-cutting process, great storerooms with ceiling-high shelves are filled with glues and varnishes, all neatly organized and catalogued for use in the production process. At one point, at the far end of the factory floor, there is a stack of discarded wood and refuse. Bernal Fuentes is apologetic, saying the big garbage container had just been removed to be emptied. Wood pieces that were incorrectly cut, or had some flaw that made them unusable in boxes, were being shipped to a cooperative that makes wooden children’s toys.

Outside, Bernal Fuentes demonstrates another innovation that is still uncommon in Cuba. Half a dozen workmen are unboxing solar panels and readying them for installation on the roof. “We are going to have 800 panels on top of the building and they will supply nearly all of the electricity that we use here in the factory,” Bernal Fuentes says. As if on cue, a few minutes later the factory goes into a mandatory midday brownout to conserve power usage, a result of the country’s fuel crisis at the time.

While the boxes here don’t get labels, they do get stamped. Machines stamp the insides of box tops as well as their bottoms with the engraved figure of the brand. Today’s cigar is Punch Short de Punch, in boxes of 10. The press also imprints the words “Hecho en Cuba,” (made in Cuba), “Totalmente a Mano,” (all by hand), and the official logo of Habanos S.A.

Once the boxes are assembled, all the edges are smoothed out and the tops are put in place. Finally, there is a stage of pressing the boxes for four to eight hours to ensure that all the glue used throughout the process is dried and holds everything together.

A separate station varnishes some boxes, principally the cabinet-style containers used for Cohiba. In other box factories around the world, this is a step that sometimes leaves one questioning a worker’s safety, as the odor of varnish sometimes permeates the entire facility. Not here. Visitors are allowed inside the negative pressure room, and get within three feet of where Cohiba cabinet-style boxes are being sprayed on small posts in front of a wall of cascading water.

Finished Cohiba boxes are stacked on one another, ready to be shipped out for packaging.

The posts drip with congealed varnish, but one cannot smell it. Instead, the waterfall captures vaporized varnish, cools it and runs it through a filter outside the spraying room, where it is collected and removed from the factory floor. The entire system is based on European factory-safety standards.

The factory can’t make all of Cuba’s boxes, especially the shiny, black lacquer Cohiba Behike boxes, which are currently made in China, or the new boxes for Cohiba Novedosos—it just lacks the necessary machinery. But there is plenty of room for when those machines come.

This factory’s level of safety and production standards make it stand out in Cuba. And Habanos is using it to finally keep pace with cigars headed to market. 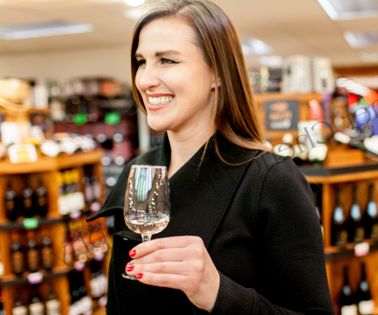